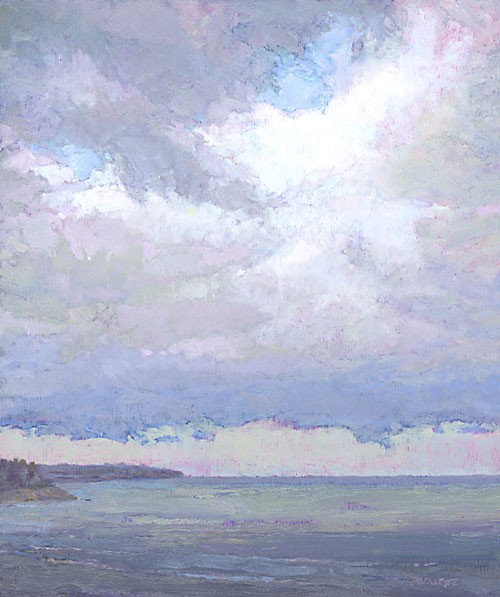 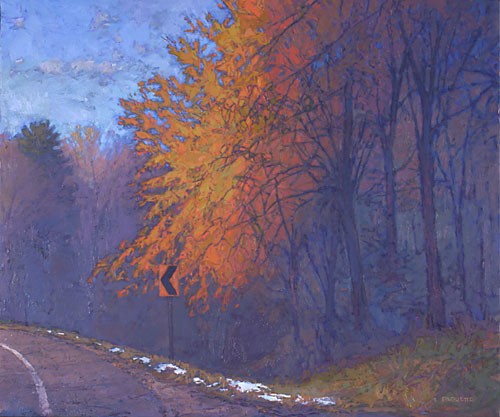 Brief Bio: A native of Minnesota now living in Pennsylvania, Thomas Paquette earned a MFA in painting from Southern Illinois University and a BFA in painting from Bemidji State University. A few months out of graduate school he was selected one of the first three recipients of the National Foundation for Advancement in the Arts' 3-year fellowship-residency in Miami Beach. When that ended in 1991, he moved from Miami to Portland, Maine, where he painted full-time for a decade, drawn by the landscape. Among other accomplishments during that time, he completed a seven- by thirty-two-foot canvas for the State of Minnesota, and four large canvases commissioned by the Federal Reserve Bank. Thomas was invited in 1999 to be a guest artist on the Greek island of Lesvos. That same year, he was invited to speak to art students in England (Exeter) and Wales (Cardiff). He was a Visiting Artist at the American Academy in Rome in 2000. Other artist-residencies were at National Parks (Yosemite, Acadia and Rocky Mountain), the Robert M. MacNamara Foundation and the Millay Colony. The Georgia Museum of Art mounted a 70-painting survey exhibition of Thomas' work in 2001, the same year he moved to northwest Pennsylvania. He has had one-man exhibitions at prominent galleries in New York City, Chicago, Minneapolis, St. Louis, Washington DC, and Maine, among other places. The Erie Art Museum hosted an exhibition of his paintings in 2004. Beyond museums and galleries, many of his paintings have been exhibited around the world at US Embassies in Athens, Chad, Phnom Penh, Riga, Rome, St. Petersburg, Santiago, Taipei, and Vienna.

Interview with painter Thomas Paquette regarding the relevance of landscape painting.