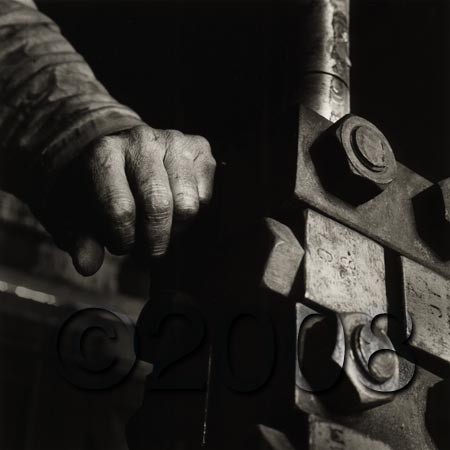 He relished the unique new world of diverse cultural wealth where the histories of major civilisations were still a mythical part of daily life. Political tensions, social injustice and the wide spread abuse of human rights was a reality for many people that he met on his travels. He found a world of opposites - great inequalities that politics frequently chose to ignore. The local people strove for political fairness and inclusion with great resilience and authenticity which frequently cost them their lives. Central America's great humanity, social upheavals and culture wealth was an influence that will never leave him. Using a small, unobtrusive camera he recorded a panopoly of everyday experiences which became a large body of photographic work.

Artist and photographer, Andrew Johnson, spent four years working photographically alongside the miners of Taff Merthyr Colliery, South Wales, until its closure in 1993. Working empathically with the miners he produced a large body of photographic work which was widely exhibited nationally.

His background of having been brought up in the South Wales Valleys, the same mining communities that played a key role in developing the social and political structures that helped build our country, was a great influence on him. Through his work at the colliery he experienced the infamous, local community spirit and identity which underwent massive social upheaval during those turbulent times, influences that were to reshape the life of a generation of people.

Taff Merthyr Colliery saw times not only of great prosperity and productivity, but also periods of despair. Technological and geographical difficulties often accounted for falls in productivity, where pits were deemed to be uneconomic, and could be closed within a period as short as three months. This was the Official Review Program! Contracts with the newly privatized electricity companies soon expired; subsidized foreign coal was now in competition with unsubsidized British Coal.

The miners fought hard to keep the pits open, frequently increasing productivity by 200- 300 per cent which was never enough for the government.

He saw many miners taking voluntary redundancy, it was their easiest way out of the uncertainty that being a miner had become for them.